A dog is man’s best friend. Faithful, loyal and delightfully dopey at times, there really is no better pet. But despite being companions to humans for thousands of years, we’re still learning things about them and that shows just what remarkable animals they are. Here are 10 things that you probably never knew about man’s best friend.

Dogs can see in colour 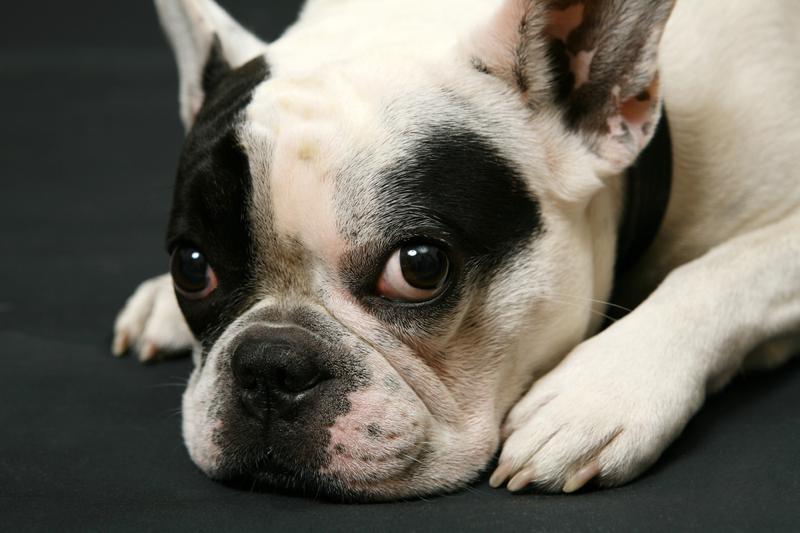 You’ll often hear people say that dogs can’t see in colour, and it’s become almost taken for granted that this is the case. However, it’s simply not true. Dogs can see in colour, it’s just that they can’t see in colour quite as well as us humans. It’s been proven by Russian scientists and was published in the respected scientific journal, Proceedings of the National Academy of Sciences. So, next time you think that your dog never watches TV because they can’t see what’s going on, you’re wrong. It just thinks what you are watching is rubbish. 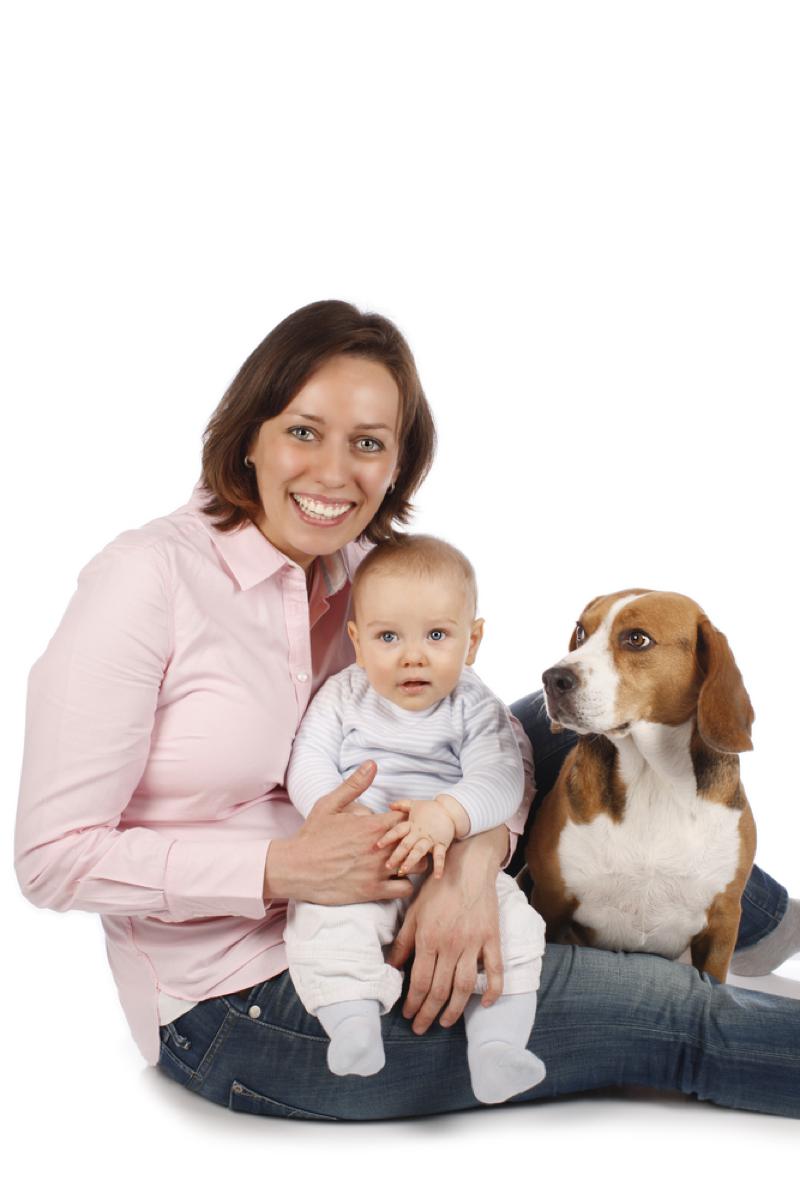 Now, when we say jealousy, we’re not talking about the complex feelings that humans feel, such as when that kid at school you hated has become famous and you seem to see him every time you switch on the TV. No, we’re talking something a bit simpler. Scientists found that when two dogs were asked to perform a trick, but only one was rewarded, the dog that didn’t get anything would act all stroppy, start scratching and refuse to look the other dog in the eye. 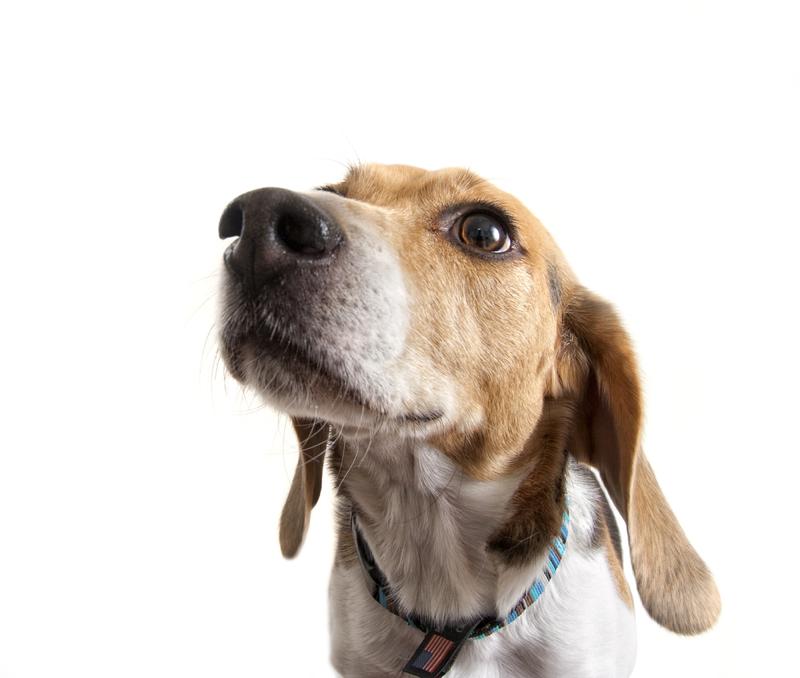 It’s true, and the NHS has verified it. In studies, sniffer dogs have been able to identify to a high degree men who have prostate cancer from those that don’t (and, no, it’s not because they can smell their appointment card). Apparently, they can smell a chemical that the body produces when it is in this state. So, next time your dog starts sniffing you all over, it might be worth a trip to the doctors for a check-up. Either that or you’ve dropped biscuit crumbs down you. 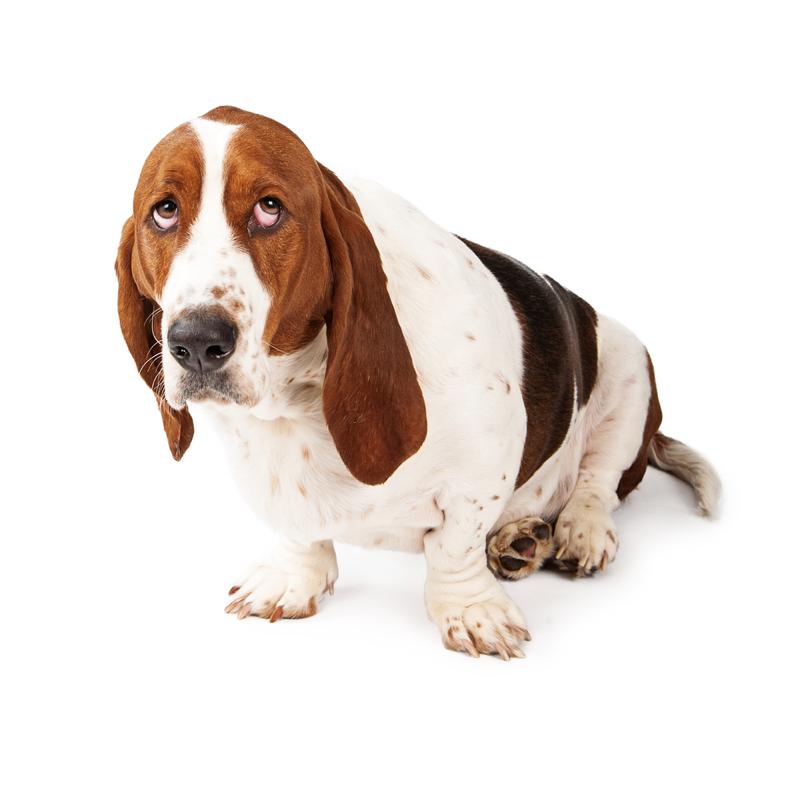 Yes, it does, and we’re not talking about particularly large hailstones (although they must really hurt!). We’re referring to thunderstorms. If you’ve got a dog, you may have noticed it start to cower in the corner as a storm rages outside. You may have thought that this was due to the loud thunder (and it can be to a point), but scientists recently found something very interesting. Thunderstorms produce particular sound frequencies that are extremely painful for dogs. So, when they’re looking unhappy in the corner, it might not just be hating the loud noises, it might actually be reacting to pain.

Dogs can fall in love 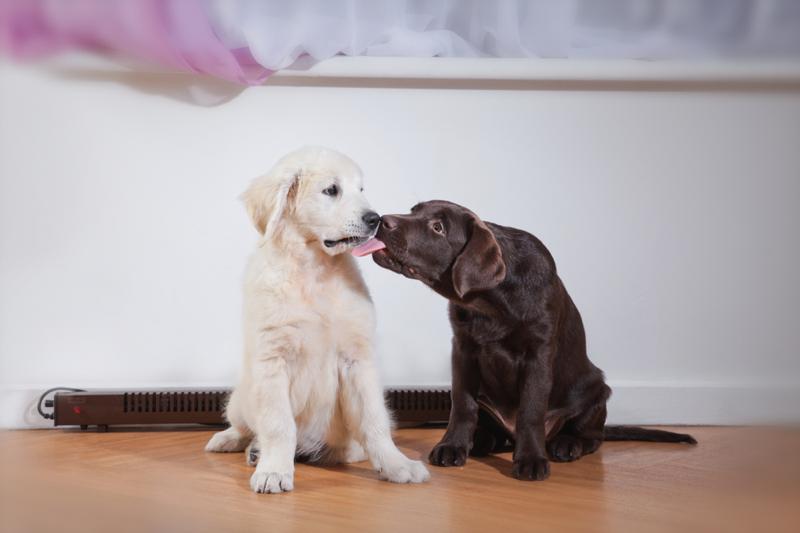 It’s not called puppy love for nothing! People have thought that dogs can fall in love for hundreds of years, but it’s not until recently that we’ve had definitive proof. Studies at Claremont Graduate University led by Professor Paul Zak found that when confronted with another dog it is particularly close to, a dog’s brain releases a chemical called oxytocin, which is known as the ‘love hormone’ in humans.

Dogs are as smart as your children 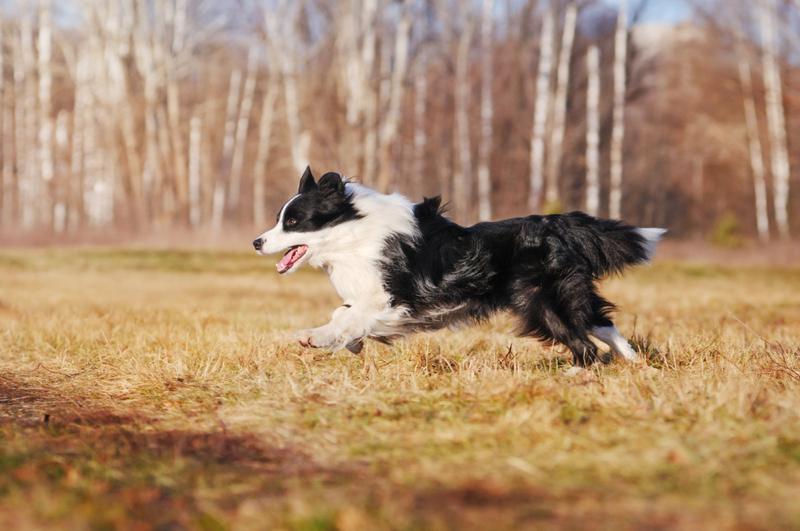 Got children? Well, dogs are as smart as them (as long as your kids are two or younger). According to research undertaken by the American Psychological Association, Border Collies were the most intelligent dog and were intellectually the equivalent of a two-year-old human, understanding up to 200 words. Other intelligent breeds were Poodles, Dobermans and Labradors. The dummies of the dog world were found to be Afghan Hounds. They do look a bit dopey, don’t they? 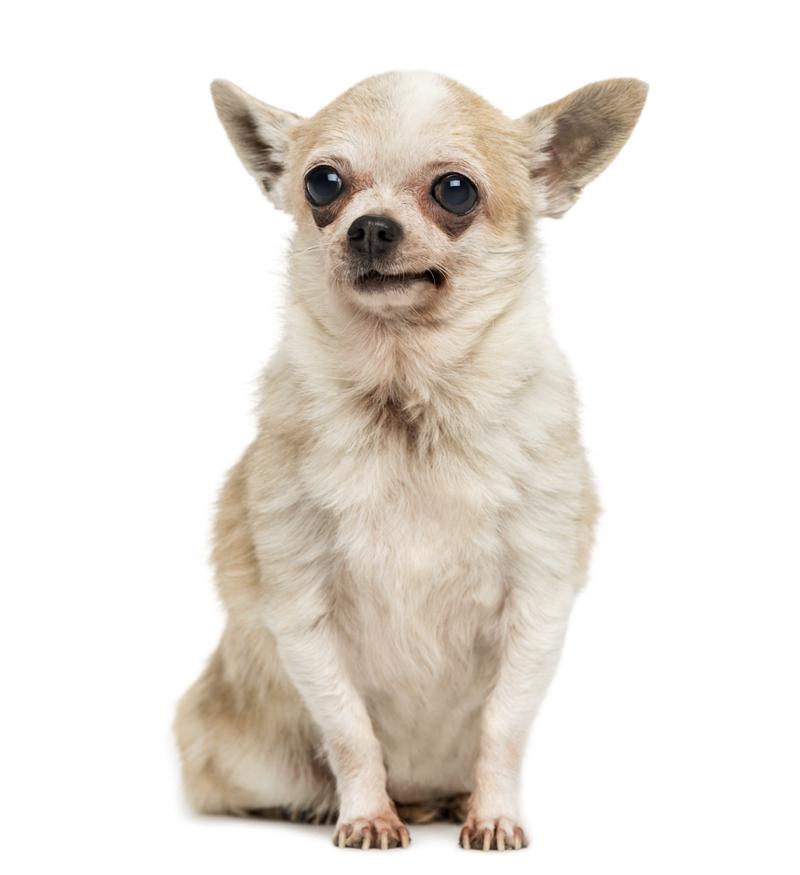 Don’t despair if you’re dog’s a bit docile. Those that are obedient, dopey and, well, boring are statistically likely to live longer than other dogs according to a research study published in The American Naturalist journal. The study tracked dogs from 56 dog breeds and found that the most bold, excitable and aggressive breeds tended to live fast and die young, rather than the more docile breeds that tended to plod on to old age. 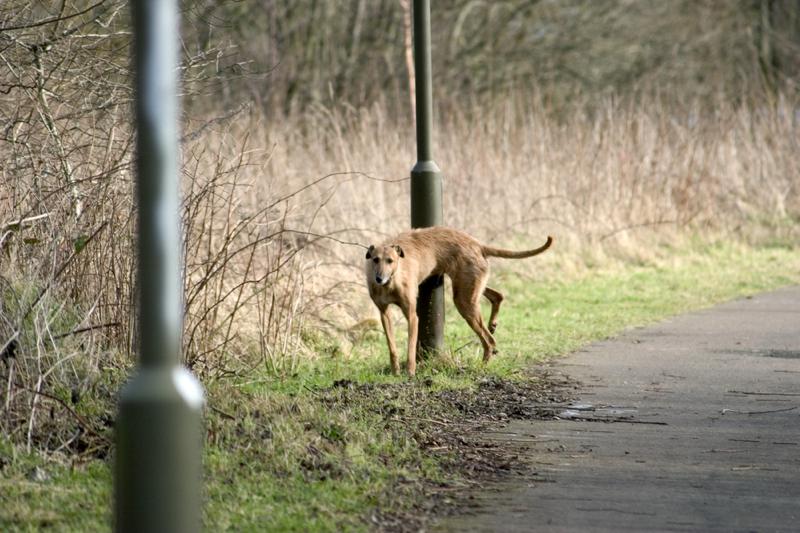 Dogs urine is more dangerous than you think. It can actually, over time, corrode metal. This was found out when Derbyshire County Council spent a whopping £75,000 on a survey of over 1 million lampposts, fearing that dog urine was causing them to crumple, and even collapse.

Have you ever seen a dog dream? We’ve all seen them twitching, yelping and whimpering, as they pull funny faces whilst fast asleep. Scientists have found that dogs have the same sort of brainwave patterns as humans do when they dream, but most interestingly, the size of the dog made a difference. Large dogs tended to dream about once an hour, whereas smaller dogs dreamt every ten-minutes on average. 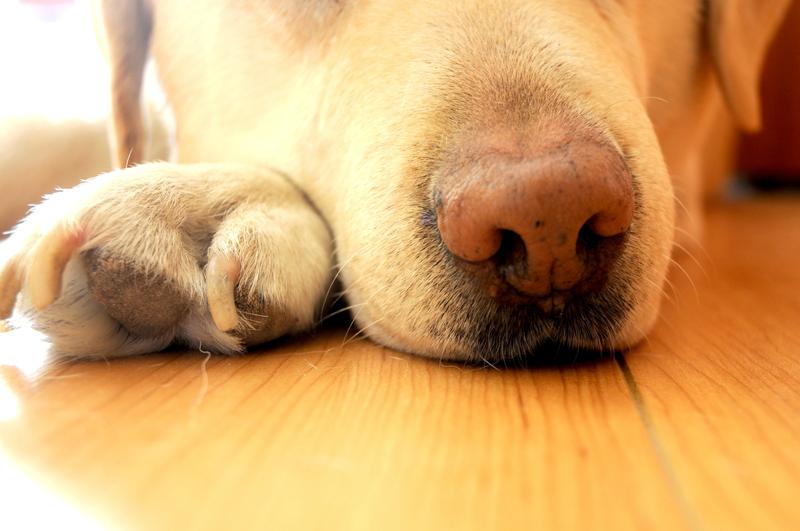 We all know that humans have unique fingerprints, but did you know that dogs have unique nose prints? Take a look at your dog’s nose; it’s got lines and ridges just like you see on a fingerprint. It’s not something we’ve only just found out about either. The Canadian Kennel Club has been using dog nose-prints as an acceptable form of dog ID since 1938!